For many years, this place was hidden by the tropical jungle.

Jaguars and monkeys inhabited that area because until recently nobody knew of the existence of the most mysterious city of the Mayan culture.

The city with the largest pyramid by volume in the entire planet, the city of El Mirador.

Those mountains were pyramids built by humans 2000 years ago, made to pray closer to the Gods, and the chicleros named that strange place as El Mirador because of the beauty of its landscapes.

On this tour we’ll leave the Flores Airport and after 35 minutes of flight in which we’ll be able to appreciate the Guatemalan Virgin Forest, after that we’ll arrive at the city of El Mirador.

In the city may have lived 100 thousand people during its greatest time and was abandoned in 890 AD, this makes in this place there are 1500 years of civilization to discover.

The place is still a mystery and on the tour if you’ll be lucky you can meet archaeologists who work on the project and live there trying to write the history.

The three were built with different levels.

Each one has a group of three pyramids at the top.

La Danta with its volume of 2,800,000 cubic meters is certainly the largest  pyramid in the world.

An experience that you have to live once in your life and we Tikal Go will take care that everything is easy but without losing the adventure of this great tour. 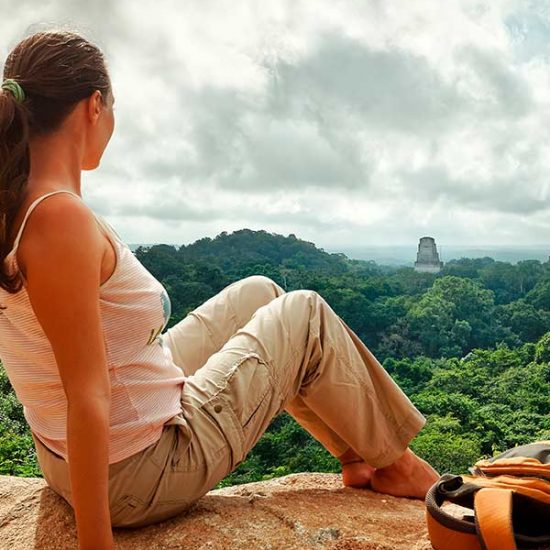 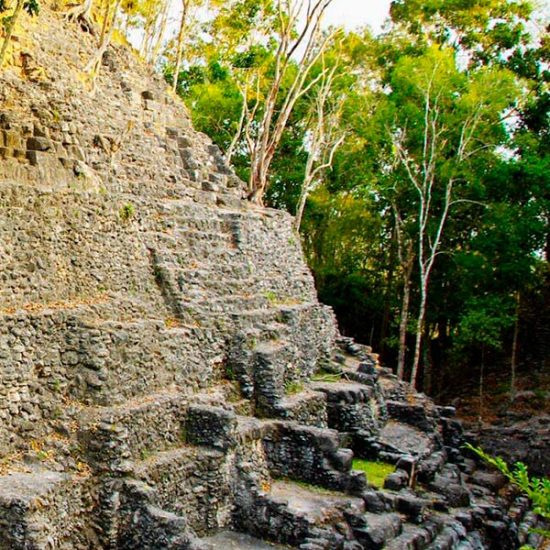 07:30 am: See you at the Mundo Maya Airport in Flores for the pre-tour meeting

All sales are final and incur 100% cancellation penalties.